Difference between Beach and Snow Volleyball 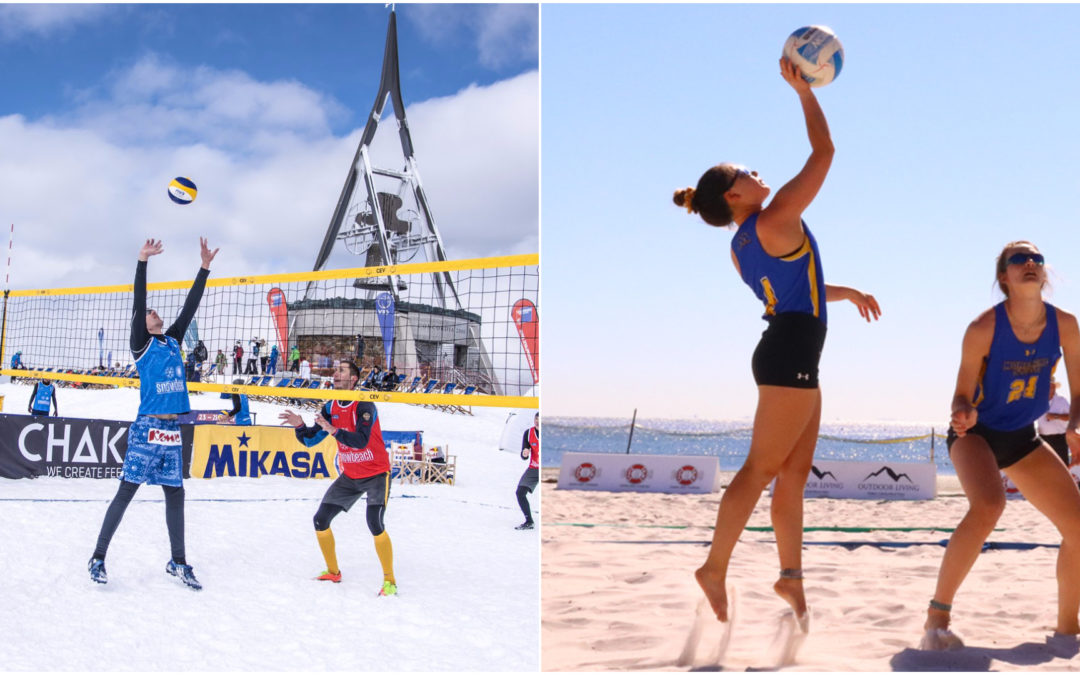 There are many different options of playing Volleyball, whether it be inside or outside for example. Beach and snow volleyball are also popular options, so what are the differences between each?

Volleyball as a sport is continuing to rise in popularity as many of you are aware, and this means it is also another popular sport for punters. Many have been using the latest Rushbet promo code to support their favourite sides, such as when Poland landed their second World Championship in a row last year.

Beach volleyball was first played back in 1915 in Waikiki, Hawaii. This was following the introduction of indoor volleyball, from back in 1895. It has continued to grow and now has World championships governed by the FIVB.

Beach Volleyball is a team sport, which is played on a sand court with two players on each side. This is virtually always in a hot climate, so is possibly the most popular variant of volleyball when it comes to spectators. This has been shown to draw big crowds at the Olympics and this was again the case back in 2016 at the most recent summer Olympics in Brazil.

Beach Volleyball covers the same rules as the indoor game, with the objective being to send the ball over the net, looking to ground it on the opponent’s side. This whilst also preventing this from happening on your side of the net. Each team is allowed up to three touches prior to returning it over the net, and individual players can only touch the ball once expect after a block touch.

Snow volleyball is a much more recent version of the sport, in which it only really started to gain popularity in Austria, in 2008. This is also where it originated from. This has also now led to the likes of the USA and Brazil being invited to compete this season. The international governing body of snow volleyball is also the FIVB.

Snow volleyball is a winter team sport played by two teams on a snow court, but has three players per side. The objective is the same, in which each team look to score points through sending the ball over the net, so as to ground it on the opponent’s side. It covers the same rules, with each side allowed three touches, and individual players not being allowed to touch the ball twice consecutively.